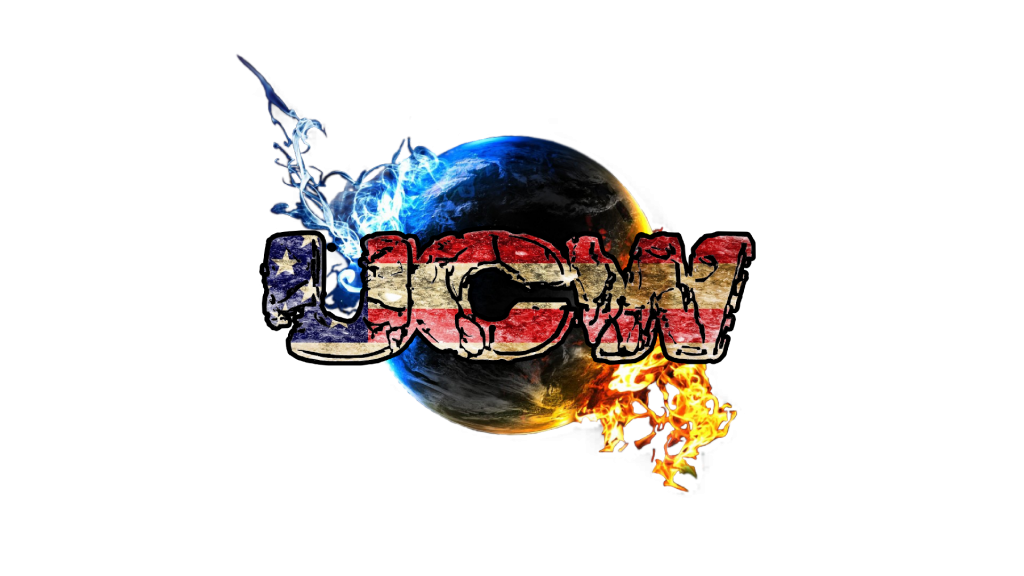 It feels like it has been forever since I wrote anything for our UCW faithful but, it sure does feel good to be back! As you can see above, UCW is back! In one week, we have  an exciting return and head to Strasburg, Virginia for Resurgence. There’s sure to be much to discuss and inquire about. First, let’s look at where we’ve been.

Dinwiddie, Virginia was the last show we had in 2019. Ethan Cross dethroned Geoffrey Bravo and was battling to overcome a sadistic bounty from UCW President Everett Devore. Men and women from all around the country threw their names into the hat for a chance at $100,000. I’m relieved to inform you, none of them succeeded. As the year drew to a close, it seemed Ethan Cross, our Heavyweight Champion, was finally in a position to look ahead to what’s to come. None of us truly knew just what did stand in the dark archway of the future.

We were scheduled to have a show in March of 2020. The location had be negotiated between two options and before we could announce it, the world stopped. Covid-19, the Coronavirus, took ahold of everything we knew and loved and threatened an entire world. People were scared. Lives were lost. And for the better part of 2 years, the world was shut down.

I won’t lie to you fans, there were times where it did seem the doors would not reopen as laws and regulations changed so often that it was difficult to figure out what was legal and what wasn’t or maybe it’s best said what was safe and what was dangerous.  I can tell you that during this time, the war between Ethan Cross and Everett Devore paused. It was as if an uneasy peace had formed.

During the shutdown, we would see our talents stretch their creative legs. Madd Maxx Morrison began streaming, podcasting, and making music. Former UCW Heavyweight Champion Dejuan O’Neal would join him as well as moving into streaming through Instagram live. There were crazy times where some decided to move on and others decided now was the time to step up and be the ones to say “nothing is over!”

When we say lives were lost, the sad truth is that friends… family was lost. We lost a great man in former UCW Tag Team Champion and crowd favorite, John “Porkchop” Johnson. We were so blessed to have the privilege to work with such a charismatic man. We can never truly tell you fans just how much he meant to us but, we can tell you he will NEVER be forgotten.

The losses and trials we faced, we decided to push ahead. We would never want them to be for nothing. UCW- Ultimate Championship Wrestling, is rich with tradition and history in the industry and the state of Virginia. From the families like the Woodys and the Rhodes to the superstars who walked our aisle like Demolition Ax, Ricky Morton, and The American Dream Dusty Rhodes, UCW has a legacy to protect. We have a tradition to uphold. We, you fans and us here at UCW, have a passion that has to satisfied.

So it is finally time for a resurgence. It is time for UCW Resurgence. We’re headed to Strasburg, Virginia  for an exciting return. Ethan Cross will defend the Heavyweight title against an opponent who has yet to be named.

Jason Radatz and Shane Malice will go toe to toe for the UCW North American Title.

Anthony Athens will look to reshape UCW in his image and begin his quest against the returning former UCW Tag Champion Sicend, of Riot City.

Demented Bradley and Joe King have journey all around the country showing fans of all states why the Real Life Freaks are UCW Tag Team Champions. They will bring gold to Strasburg to fend off their latest challengers The Static Age. Madd Maxx Morrison, a former UCW tag champion, was a busy man in 2021. He started branching out. He started exploring. And in his exploring, he fund a friendship and bond with River, The SICKopath. The Static Age was formed and became a force to be reckoned with all over the east coast. Now? They’re heading to UCW and Strasburg to lay claim to tag team gold.

I’m told John Washington will be there and I am also told that we will see an opportunity for new faces to join the fray. It’s an exciting time and we cannot wait to see all of you!

Join us at the Signal Knob Rec Center at 35 Brandy Ct Strasburg, VA 22657 on July 9, 2022 at 7pm for UCW Resurgence. There will be tickets available at the door but they’re going fast as the front row sold out in less than 48 hours.

Thank you for your patience and loyalty. Thank you for letting us do this the right way. See you in Strasburg!